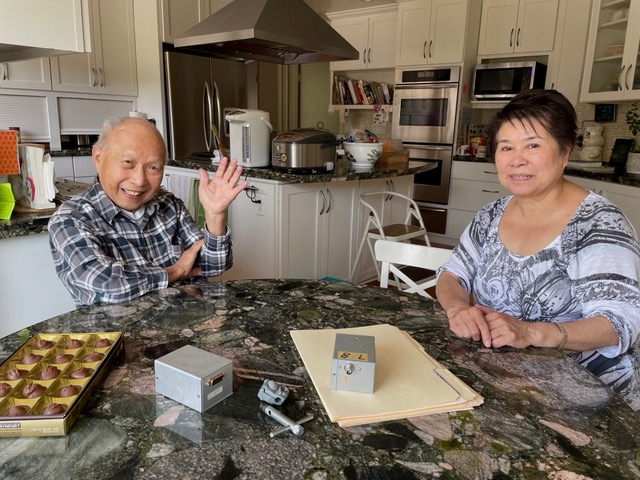 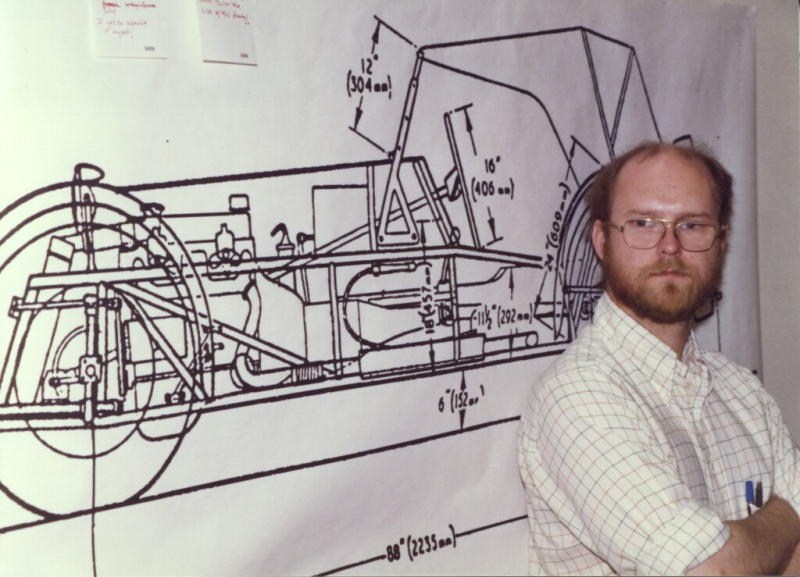 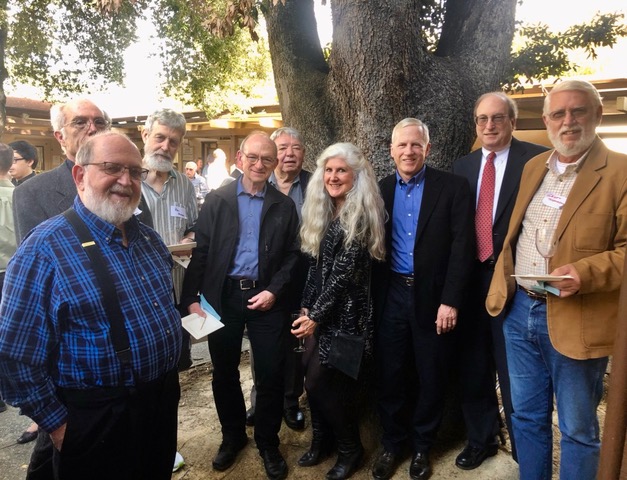 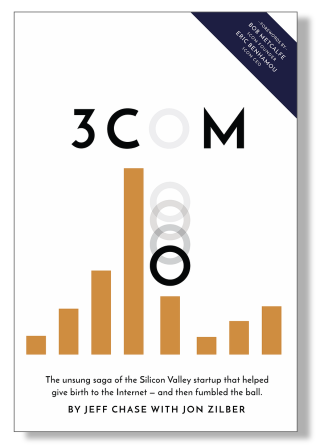 In Memory of Ron Crane 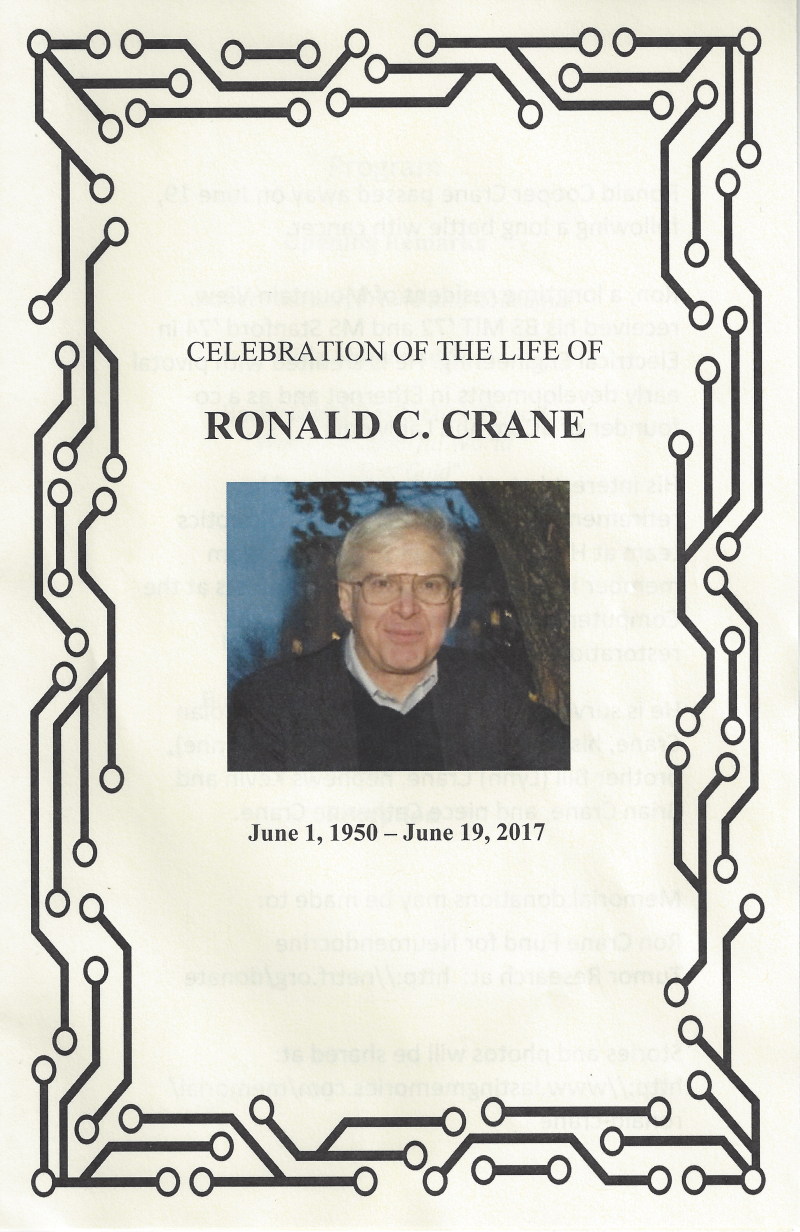 Metcalfe's Law After 40 Years of Ethernet 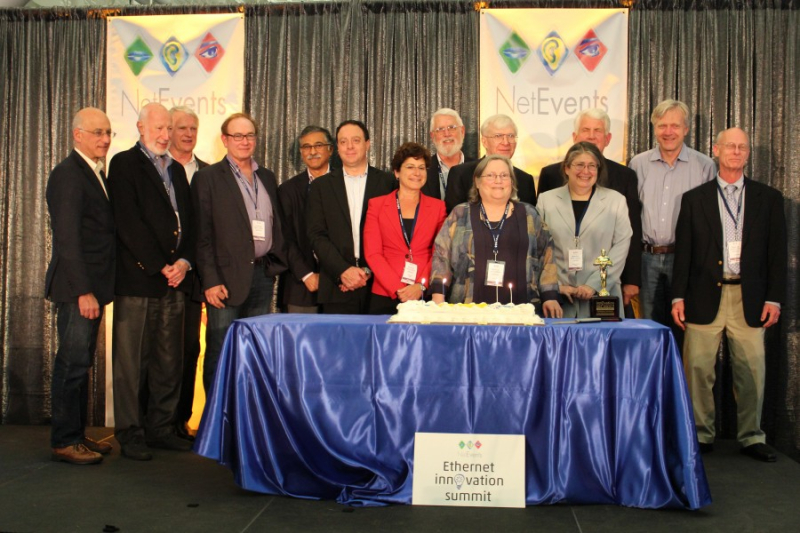 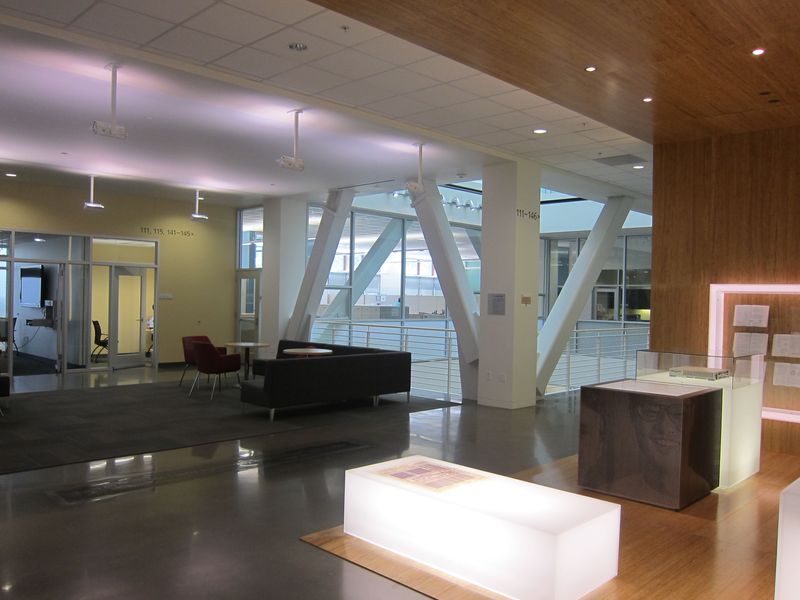 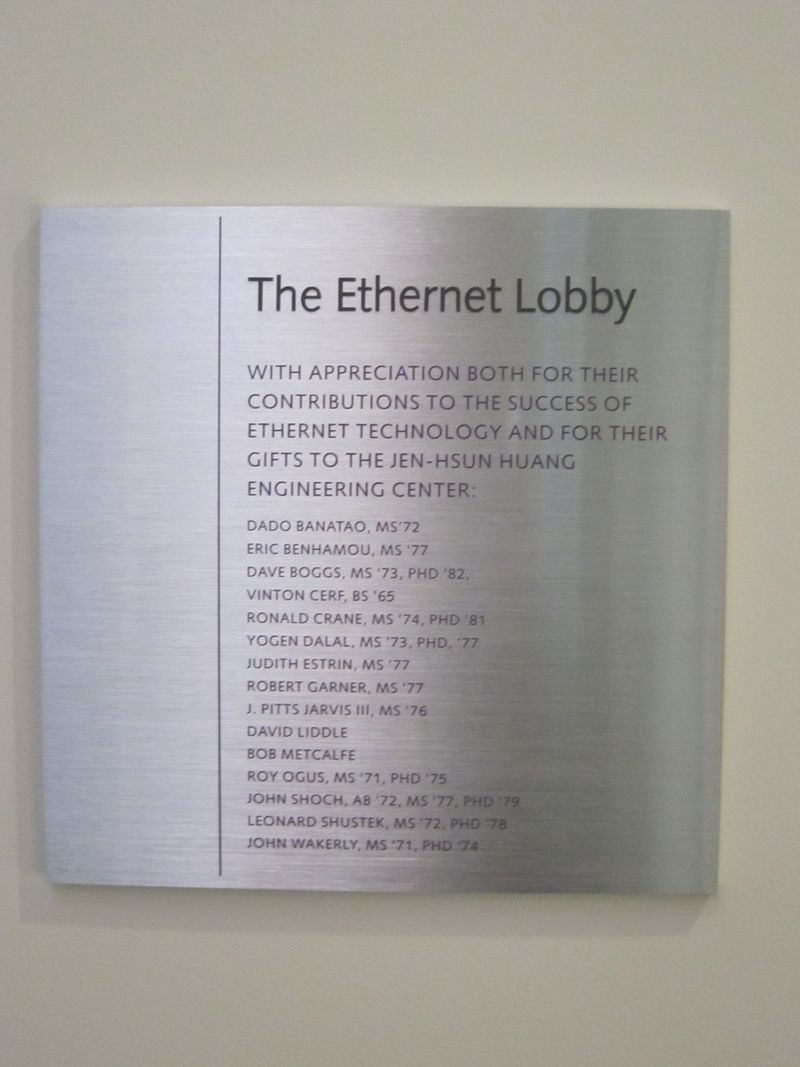 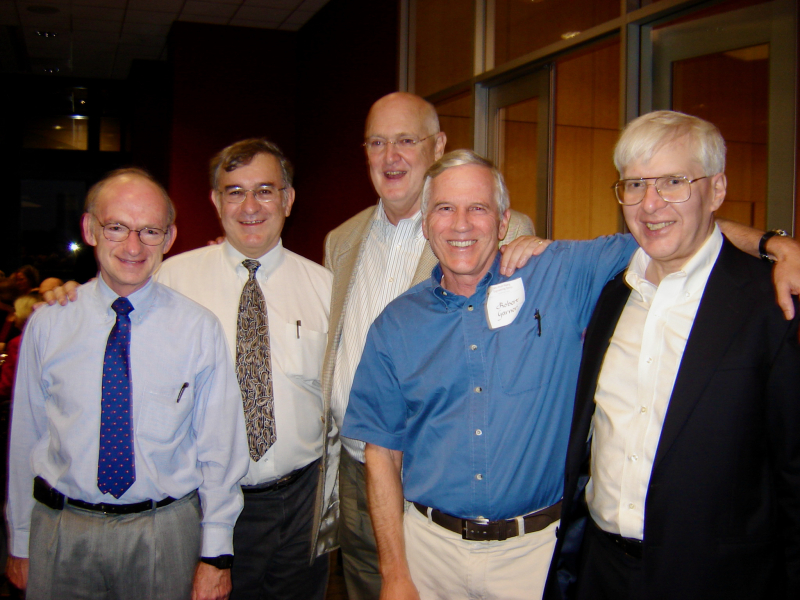 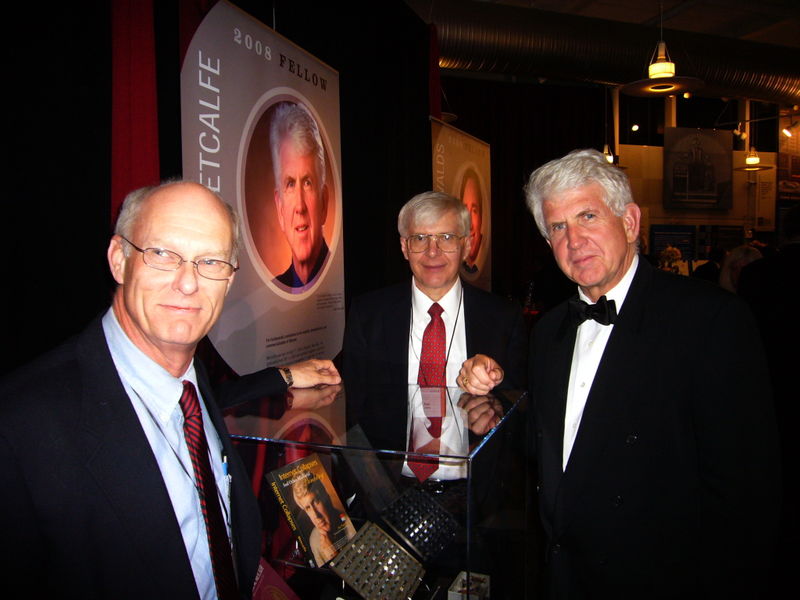 The interactive Ethernet history timeline is based on the Ethernet poster Mayfield Fund commissioned for the 25th anniversary at Vortex 1998.

Omissions and errors will be rectified, and seminal events since then will be added to the timeline.

Important papers, publications and books are listed with links on the left column to enable authors to comment through this post about interesting aspects and recollections of their work.  If necessary a dedicated post can easily be created.

An interesting observation is that most of the seminal work around Ethernet was done at Xerox. The major influence from outside produced the CAT5 wiring and star topology for ease of installation and maintenance, and it is now the most common configuration for wired Ethernet. 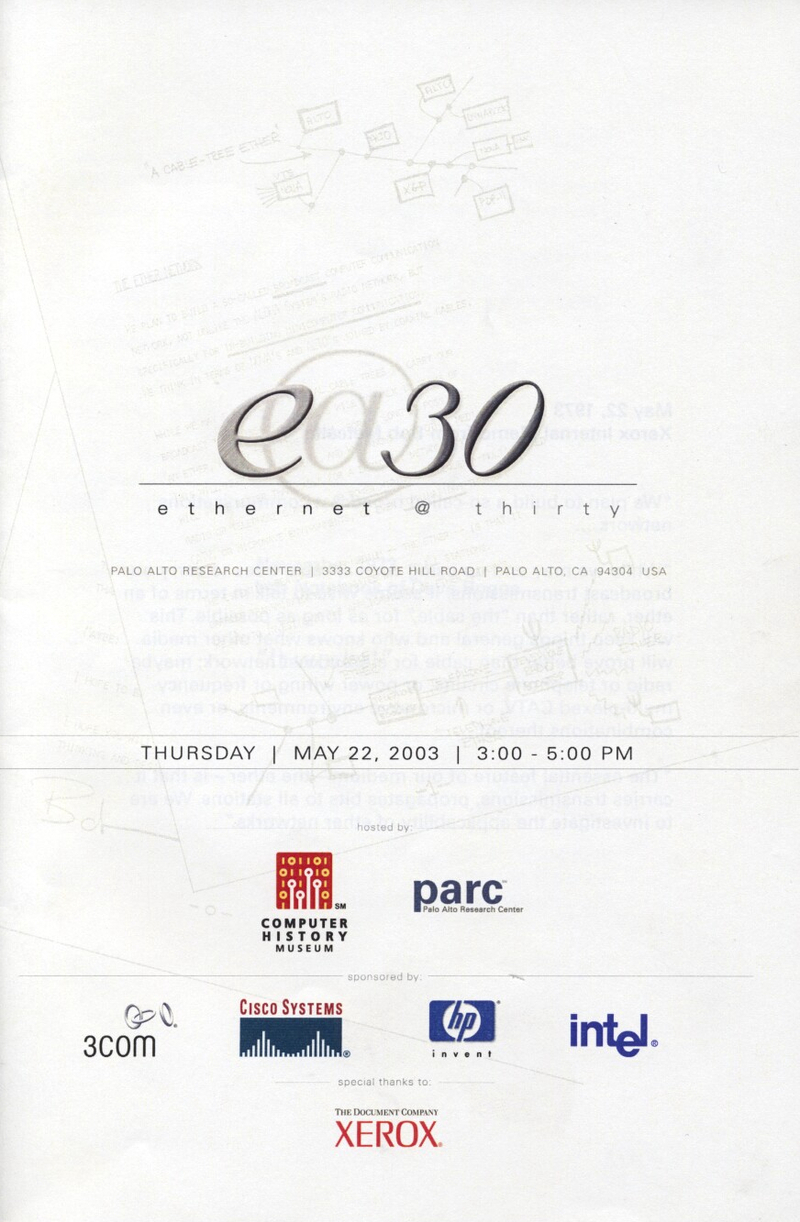 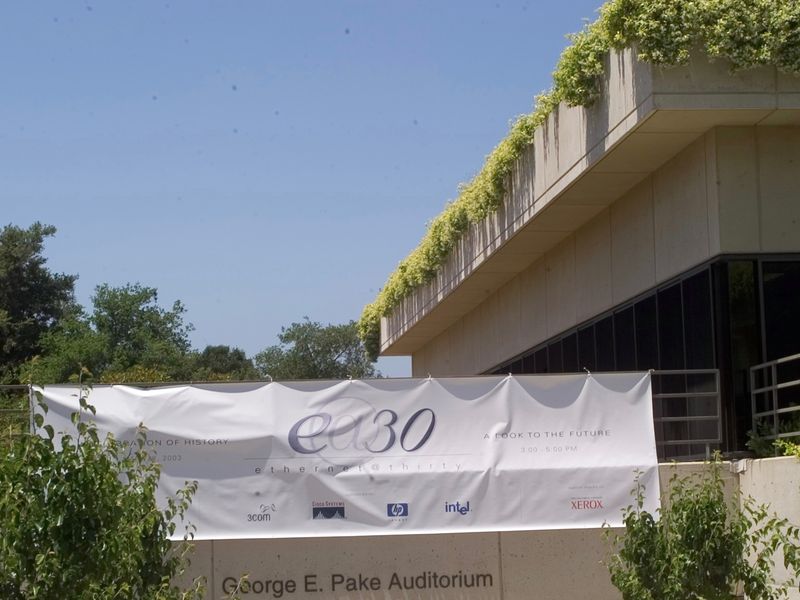 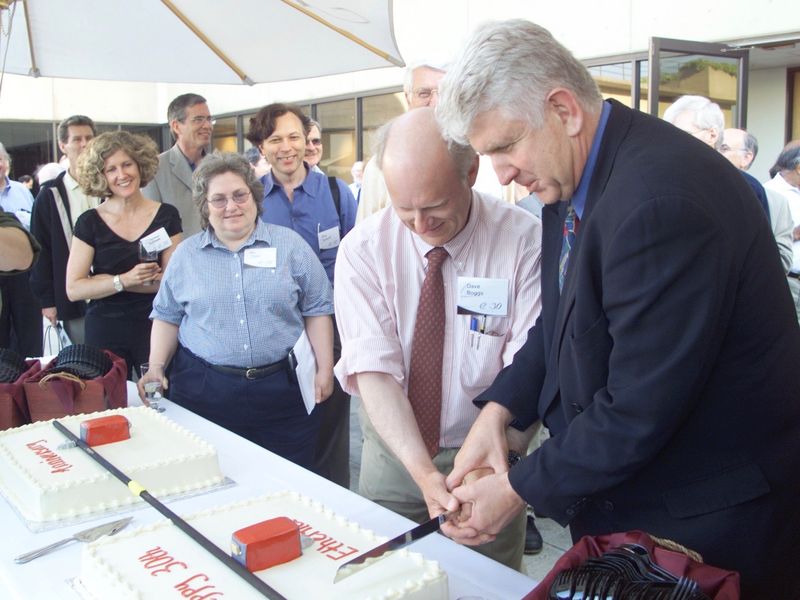 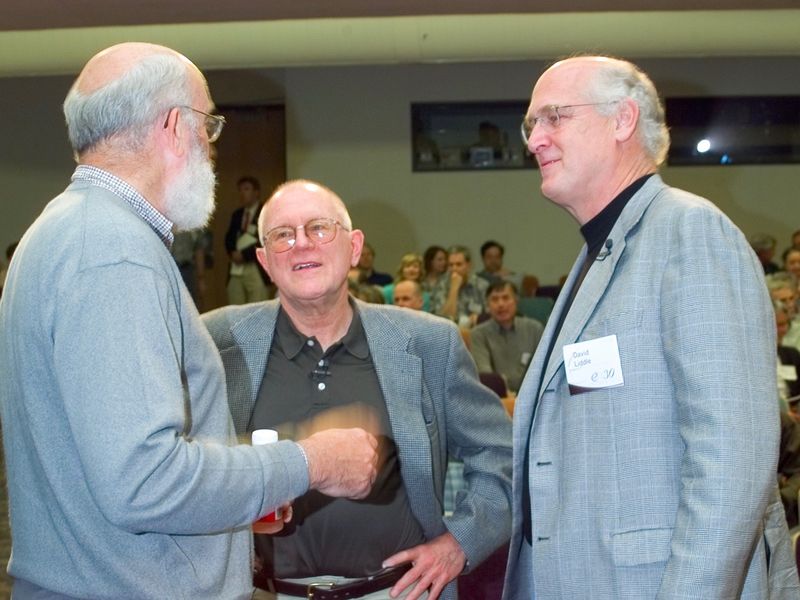 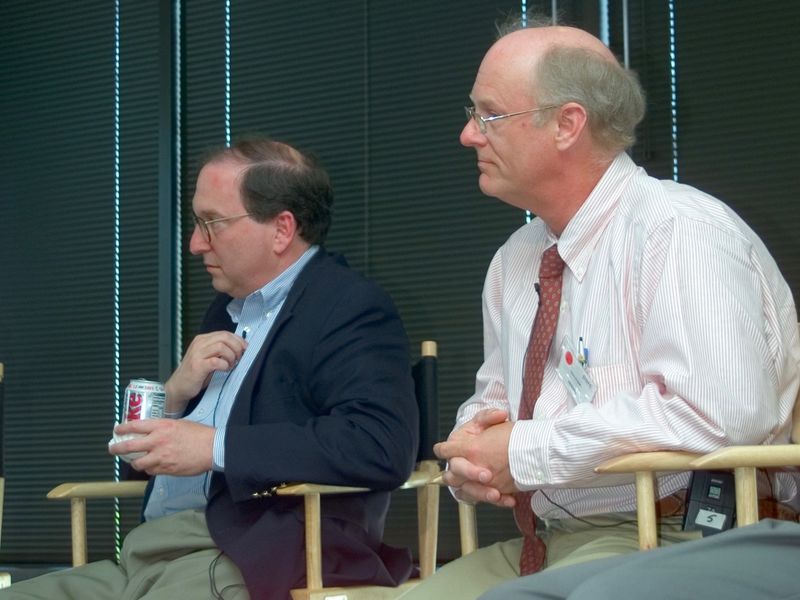 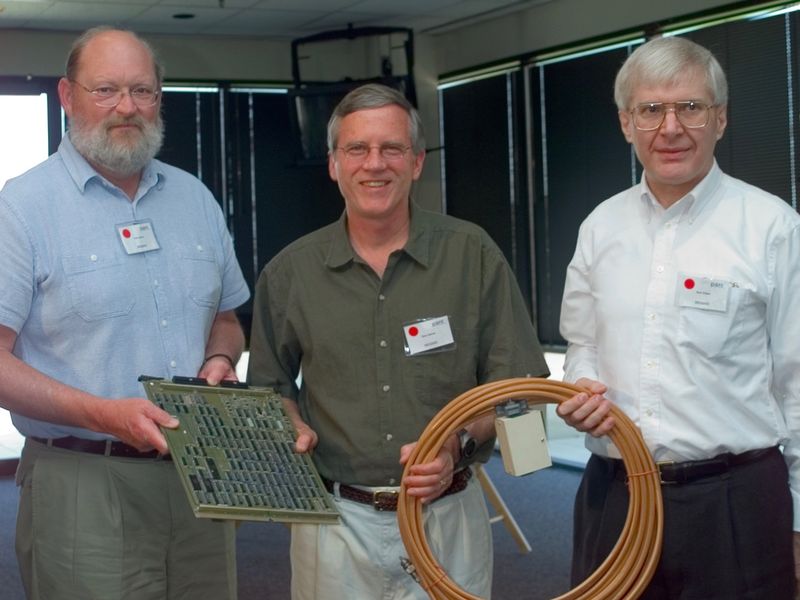 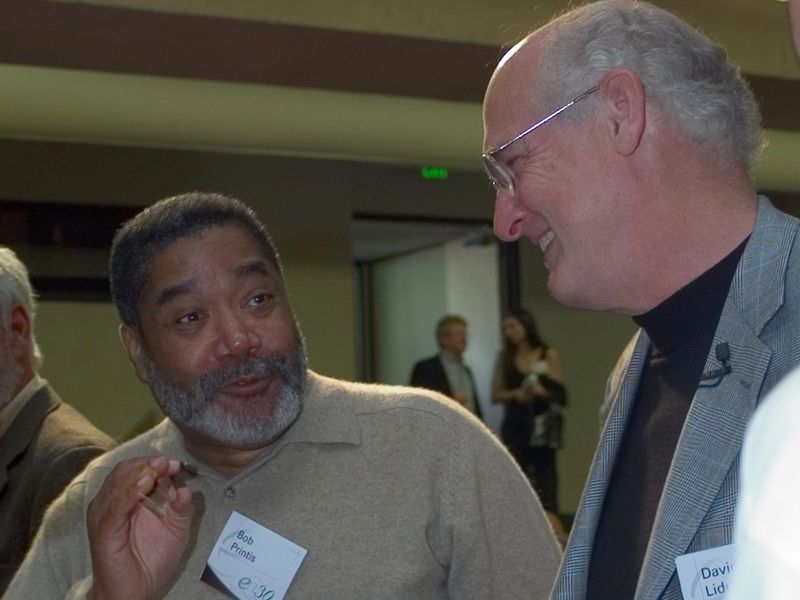 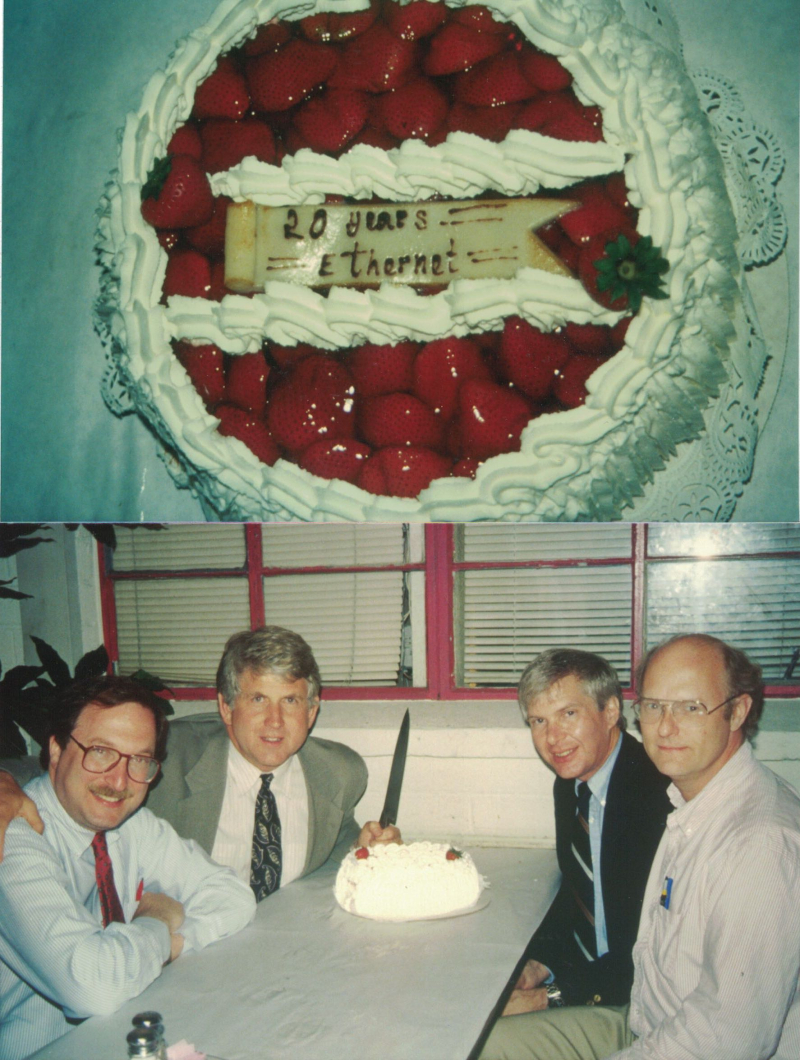 After leaving Xerox to start 3Com, Bob Metcalfe  contacted Gordon Bell (DEC), and then persuaded David Liddle (Xerox) and Phil Kaufman (Intel) to bring their respective organizations to work together to create a new standard that has lasted over 25 years and has gone from local area nertworks, to wireless networks to high speed wide area networks.  The engineering groups at DEC, Intel and Xerox brought their respective skills in hardware, semi-conductors and distributed computing to ensure that this standard would last for a long time.  David Redell (Xerox), Rich Seifert (DEC) and Rob Ryan (Intel) created Version 1.0 of the Ethernet Specification on September 30, 1980, and Bob Printis (Xerox) represented Ethernet to the IEEE standards body to create IEEE 802.3 . 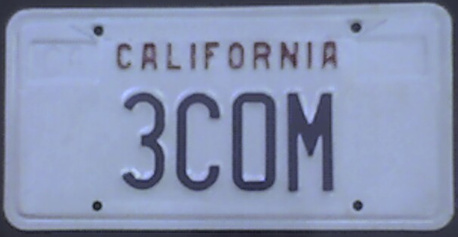 In 1977 the Xerox Star team began working on X-Wire, a 20 Mbps version of the PARC Ethernet XWire Draft Spec. The speed of X-Wire was reduced to 10 Mbps because the higher speed reduced the length of a coax cable segment to below 500m, and also because the typical spacing for the transceiver taps produced undesirable reflections.  The 10 Mbps X-Wire became the starting point for the DIX Ethernet Specification. 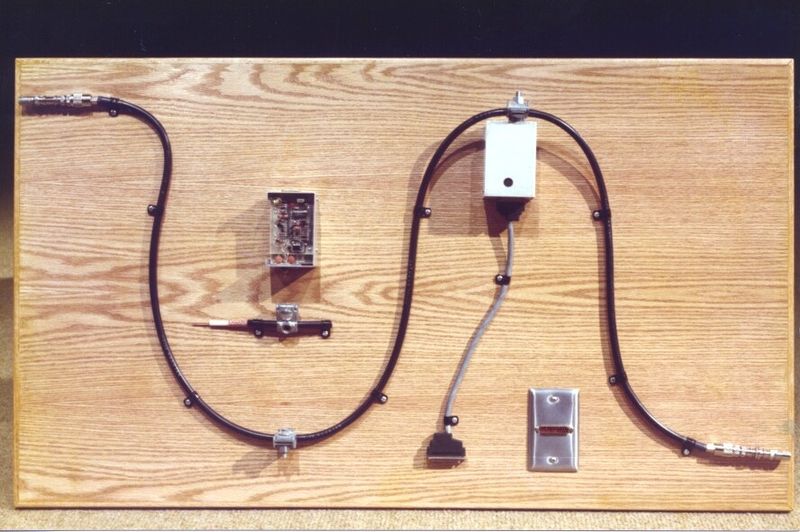 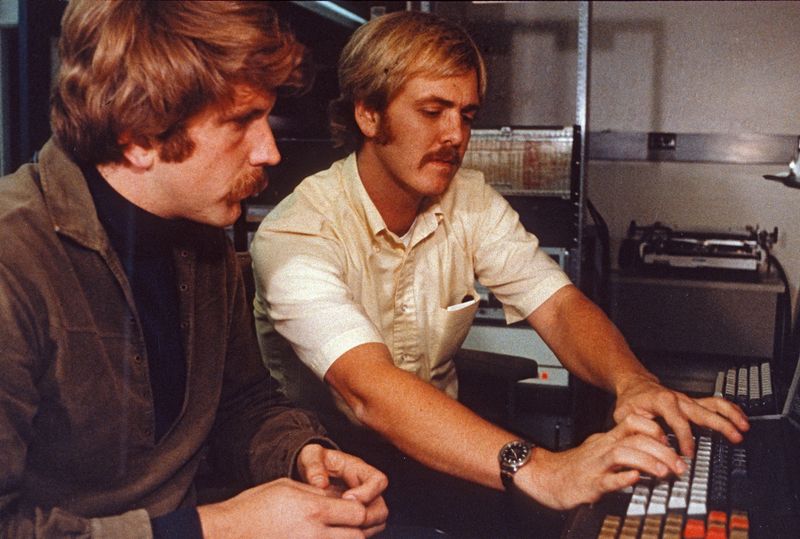 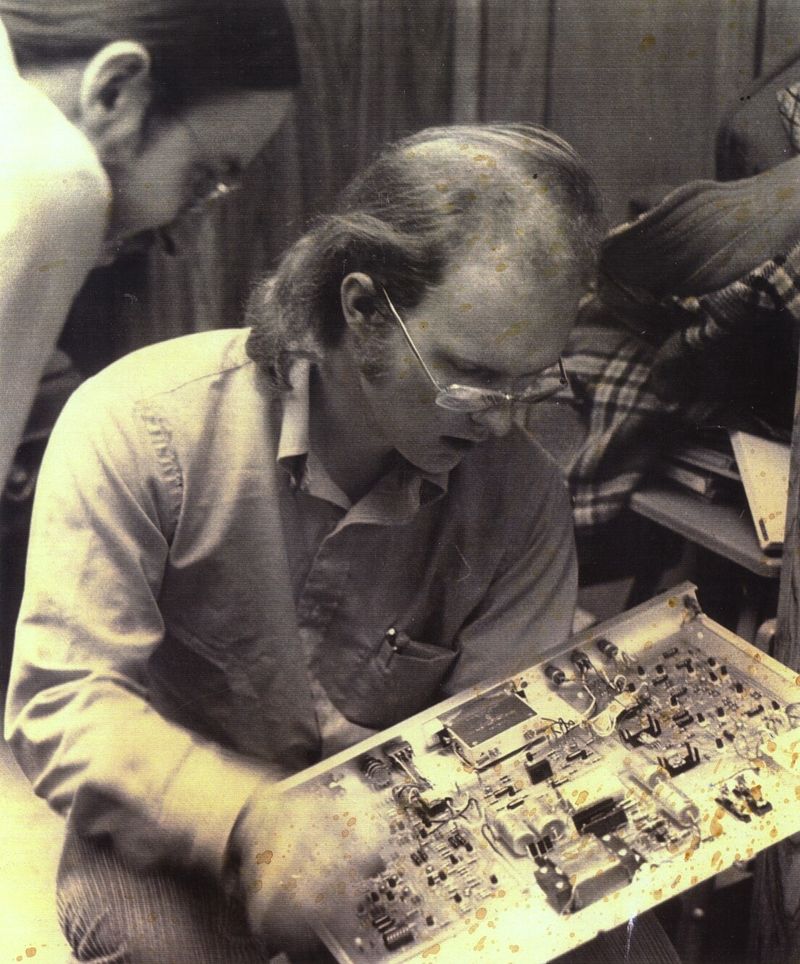 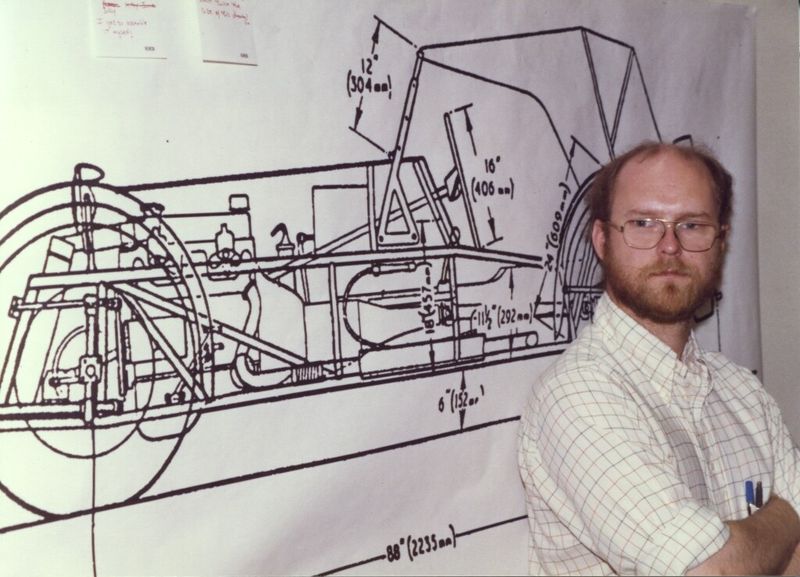